Guidelines on clerics with children 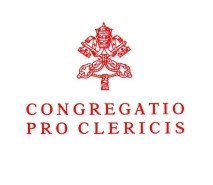 I. Regarding “cases of priests under the age of 40 with children” it is proposed “they obtain the dispensation from clerical state without waiting for the age of 40, as provided for in the norms. Such a decision […] has, as its principle objective, the safeguarding of the good of the child.” (Stella, 2019)

II. Priority focus “does not refer only to economic support”, but also “the affection of parents, an adequate education […] all that pertains to an effective and responsible exercise of paternity.” (Stella, 2019)

III. “The presence of children […] was treated, de facto, as a practically automatic reason […] [for] dispensation. […] The loss of the clerical state is imposed because paternal responsibility creates permanent obligations that in the legislation of the Latin church does not provide for the exercise of priestly ministry.” However, “exceptions” include “the case of a new-born, the child of a priest, who in a particular situation enters into a family already consolidated, in which another parent assumes […] the role of the father.”*(Stella, 2019)

IV. In the situation where a priest who has “children who are already grown up, 20- 30 years old […], in these situations, the Dicastery does not oblige the Bishop to invite the priests to request the dispensation” from priesthood owing to paternity. “The Dicastery counsels a more flexible discernment within the rigorous practise and guidelines of the Congregation.”(Stella, 2019)

The Vatican clarified the third guideline relating to ‘consolidated families’ confirming that any such priest who remains in ministry who is the father of a new-born, the timing and the manner of conveying information relating to his paternity rests with the interested adults (biological parents/guardians). Regarding the situation whereupon a priest fathers’ a child but neither biological parent wish to marry, regarding the impossibility of a priest remaining in the priesthood, recommitting to celibacy and acknowledging his child (openly), the Holy See agreed that such a situation is not impossible, but that each case be examined on its own merits and its own particular circumstances, adding that many considerations must be taken into account, including the suitability of the priest for the priesthood. If a priest has fathered a child, one must consider two things: 1) the good of the child, all we have to do for that, keeping in mind any concrete situation, 2) the suitability of the priest for the priesthood and for exercising ministry.
The Holy See agreed that secrecy is not required in situations where children of priests exist but proper discernment as to when to tell the child (ensuring emotional stability of the child to receive said new so they are supported) beautifully citing the Gospel according to John 16:12, Coping fully concurs with this position. The Holy See has further commented upon the use of confidentiality agreements also noting the primacy of the good of the child, as per Irish Bishops 2015.

Coping remains grateful to the Congregation for Clergy for their unyielding congruent, transparent child-centred approach to the issue of the children of the ordained and encourages episcopal conferences and religious bodies to follow their Catholic example.

Confirmation from Congregation for Clergy.

Congregation for Clergy Confirmation of Accuracy regarding guidelines.

This addendum has been confirmed as an accurate position of the Holy See.